Midtown Manhattan at night. There were too many impressions to absorb at once.

Tickets for the Minnesota Orchestra’s March Carnegie Hall show went on sale last August. I had a reminder on my calendar to buy them first thing that morning. I was up by nine, but I should have set my alarm for six. The Carnegie website was creaking under the demand, and the only seats left at that point – I repeat, the morning they went on sale – were in the balcony.

So it was that, precious tickets in hand, my friend and I set out to climb to the rafters of Mt. Carnegie.

Up we hiked, up lush carpeted staircases, up past sepia photographs of various musical luminaries and immortals. Up past ushers dressed in sharp red jackets. Up past signs that said “balcony” next to more arrows pointing up. Our journey came to a temporary halt as each level of the house was officially opened. The crowd churned around, impatient. Then the okay was given, and the river of people flowed up again. Up another staircase, and up another staircase, up past arched windows peering out into the street, full of black cars and garish yellow taxis creeping on the pavement.

Wikipedia later informed me that there are 137 steps to the top balcony. My knees believe it.

The view from the summit was our first reward. 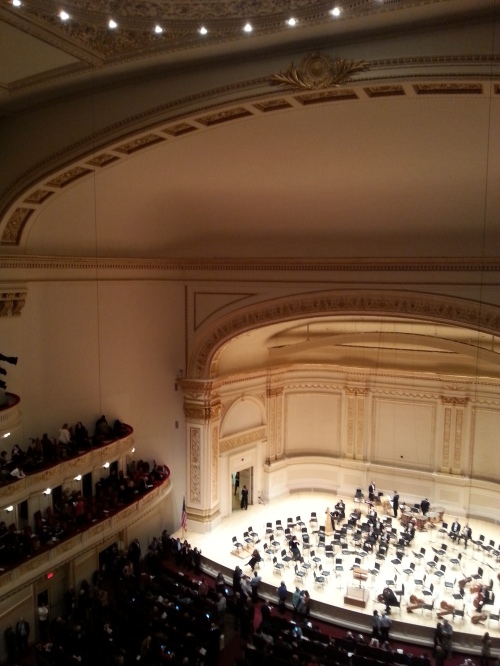 Paradoxically, it was both very easy to remember we were in New York, and very difficult to remember we were in New York. Sometimes it felt like Carnegie Hall had been airlifted into Minneapolis. There were just as many familiar, beloved faces here as at the average Minnesota subscription concert. During the pre-concert talk, Jon Eisenberg from Save Our Symphony Minnesota was on my left and Scott Chamberlain from Mask of the Flower Prince was on my right. It felt a little bit like a high school field trip (if high school was awesome).

The moment I sat down, a very insistent “EM-I-LY!” rang through the auditorium. I looked over and down and saw a reader waving. We took pictures of each other in the hall at a distance and promptly texted them to each other. I felt like apologizing to my skeptical neighbors for barging into their cultural living room like this, but on the other hand, Carnegie is just as much ours as it is theirs. This hall isn’t New York’s. It’s music’s.

There wasn’t room backstage to accommodate the Minnesota Orchestra’s customary European-style entrance, so gradually one by one musicians strode onstage and took their seats. Some practiced furious passages over and over again. Some relaxed by chatting at the stage’s edge. The minutes ticked past. The buzz got louder. The balconies filled to capacity.

Then suddenly, after years of waiting, there was nothing left to do. The stage lights were set. The musicians had sat down. The scores had been opened. The cell phone announcement had been made. Erin had strode to the podium and given the signal to tune.

Nothing left now but the music.

There was a moment of silence. Magnetic – giddy – terrifying – gratifying – and above all – breathless.

Then out swept Osmo, gesturing to the orchestra to stand, half-acknowledging the audience, and hopping onto the podium, wiry and determined as ever.

Sibelius’s third symphony begins with a drilling pianissimo in the cellos. From there, it takes off like an airplane. Within two minutes, the music peaks at a searing brass passage with the capability to shatter rafters. It is a dangerously exposed transition between extremes. It must be perfectly judged to come off.

There is a difference. In Minneapolis, I generally know what to expect. I can count on crazed commitment, a red-faced Osmo jabbing and jumping out of his skin, exciting dynamic extremes, and a firm grasp of narrative and a unity of conception. But it struck me that New Yorkers don’t have the base expectations that I, (thank God) a regular listener, do.

So my great joy and fascination of the night was listening to New York listen. I tried intuiting their reactions by observing how certain passages were absorbed, or by noticing the number of programs tucked into seat cushions rather than flagrantly consulted. One of the joys of sitting in the balcony was watching broad swaths of people lean forward during pianissimo passages, all checking to make sure the orchestra was actually playing. I saw a few people jerk forward very quickly, as if they were concerned that some disaster onstage had ground everything to a halt. But nope, it was just Minnesota doing what Minnesota does: churning away at the volume of a human whisper.

The third symphony proved that the orchestra could chart its way through little-known waters. Consequently, the audience seemed both intrigued and (provisionally) impressed. But the next piece, Sibelius’s ubiquitous violin concerto starring Hilary Hahn, would be a more communal experience.

Too few people know that this concerto’s American premiere occurred at Carnegie Hall. The year was 1906, and Maud Powell was the soloist. The New York Times review of the premiere is brutally fascinating. It cites the concerto’s “paucity of ideas, its great length and almost unrelieved sombreness of mood.” Superstar Powell was applauded in spite of the Sibelius: “her admirable playing was recognized by applause that was meant for her.” 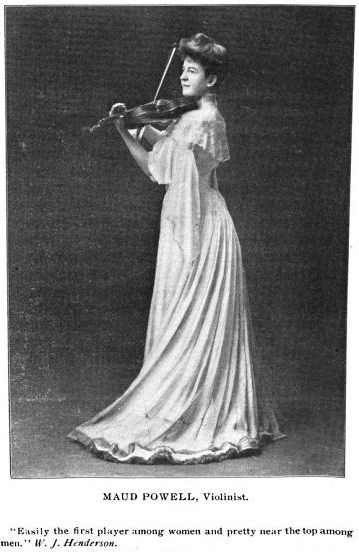 Directly beneath that article was another: “When Women Vote: Judge Pitman Fears the Price of Hats Would Go Up Before Election.” A man named Judge Thomas W. Pitman expressed concern that unscrupulous politicians would buy women’s votes by buying them hats en masse: “I believe that women do not know the tricks and devices of men politicians,” he proclaimed.

110 years later, and it’s disorienting to look back. That esteemed reviewer is long dead; people only cite that article for giggles (if they know it exists at all); the Sibelius violin concerto is one of the most frequently played in America; Maud Powell’s name has been largely forgotten; Hilary Hahn is widely considered to be one of the greatest violinists active, male or female; a woman is on the verge of claiming the Democratic Party’s nomination for President; and as the concert was ongoing, one particular “man politician” was reassuring an anxious nation as to the size of his dick. How…far we’ve come. And Carnegie Hall is the knot that ties those disparate threads together.

Being in that hall, soloing with that orchestra, playing that piece…it must have been both a massive responsibility and a massive honor. But of course Hilary Hahn handled the pressure with grace and elegance and aplomb aplenty. Her playing felt even wilder, riskier, than it had in Minneapolis a few weeks earlier. Slowly but surely she unspooled intensity, and the orchestra responded in kind. Little details might have slipped on the ice here and there, but they only served to make the night more exciting.

It was during the concerto, when I was really focusing on solo voices, that I really fell in love with the Carnegie Hall acoustic. Although the players were so far away they resembled tuxedoed ants, their sound was so near, so lush, so present. During principal viola Tom Turner’s intertwining lines with Hilary Hahn in the first movement, I felt like I could reach out a hand and touch the sound.

Once in a while, a performance begins with such white-hot white-knuckle urgency that you feel kidnapped into the journey. The musicians’ performance of Sibelius 1 after intermission was one of those. The orchestra had felt out the hall, and the hall had felt out the orchestra. Everyone was ready to take everything to the next level.

In the opening bars, clarinetist Greg Williams and timpanist Jason Arkis painted a devastating portrait of icy desolation. Then the whole orchestra backed them up, roaring out the first big theme with turbulence and triumph. The second movement was pure poetry and delicacy. The strumming, fluttering third was electric. The fourth began by hesitantly calling back memories of melodies heard earlier in the piece…and also, for the Minnesotans among us, of another cold and hopeful March, quite a while ago… When the final theme welled up, it warmed the auditorium like a sunrise.

We could discuss details of the performance for a very long time. (I know because I have...)  But in the end, the night was not about details. It was about the grand sweep of a great performance. The pride of a community that is madly in love with its orchestra. The excitement of resurrection.

The genius of Jean Sibelius. 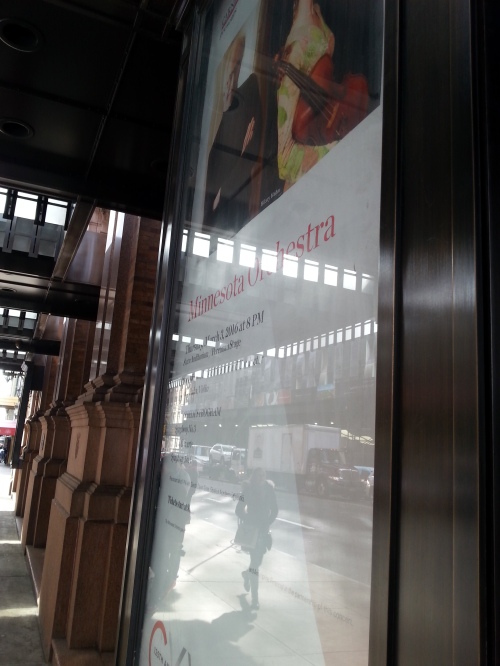 The three encores waltzed by. You could almost feel the relief of the musicians, finally stretching their muscles free of the pooled adrenaline.

I knew they’d packed three. And no way was their Minnesotan contingent (aided and abetted by a considerable number of New Yorkers) going to let them get away with only two. Accordingly, after the second, I jacked up my enthusiasm level to Emotionally-Imbalanced-Soccer-Mom-Whose-Only-Child-Has-Just-Made-A-Game-Winning-Goal territory. As Osmo came out after the second encore, mischief on his face, I squealed and high-fived my friend, and sat on the edge of my seat to listen, enchanted.

“You seemed to…really enjoy that performance,” said one woman afterward, as we were all shuffling out.

About ten heads turned around in shocked unison. Actually, I’m not sure if they were shocked or fearful. Maybe both. Ha.

“We’ve been through a lot the last few years,” I said, and I left it at that.

The reception after the show was packed elbow to elbow with hot, hoarse, buzzy Minnesotans. Many were wealthy power players from the philanthropic community. But others were just huge fans and volunteers who had scoured Priceline for economy class deals. Musician after musician regarded us like some kind of mirage, disbelieving that we would travel this far just to see them. We looked back at them, disbelieving of their disbelief. Celebratory drinks flowed freely. Laughter roared from every corner. Osmo and CEO Kevin Smith worked the grateful crowd like politicians, shaking hands, taking pictures. I didn’t fall asleep until the very early morning.

I realized months ago that the trip and the performance were assuming an outsized importance. Before I left, I told myself sternly that nothing could be as grand or meaningful or perfect as what I’d imagined. But somehow…it was. 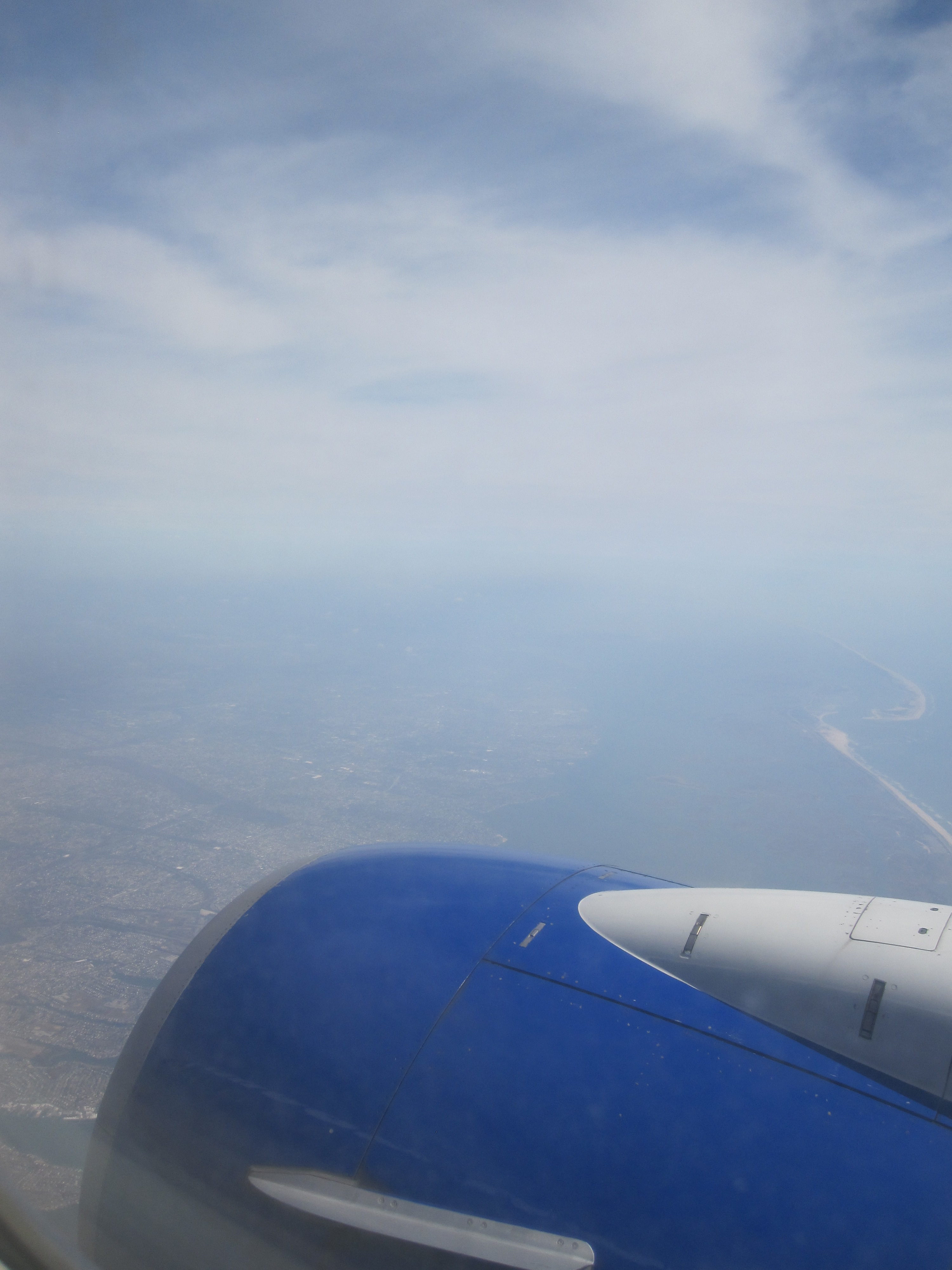 Sorry it took a while to write this one. I brought a cold home as a NYC souvenir, and it made me pretty useless for a while.

Were you there? Did you hear the broadcast? What did you think? What were your impressions? I’m dying to know!