In case you’re wondering, I’m still alive. Just haven’t had much to say, since nobody else has much to say. One hopes some kind of negotiations are happening behind the scenes. Not holding my breath on that, though.

Nonetheless, I wanted to mention that the Young Musicians of Minnesota are giving a concert on Saturday July 27. All details here. The program includes the feisty, rebellious Beethoven Egmont Overture and Tchaikovsky 4, as well as Mahler’s Adagietto. They’re still looking for string players to help fill out the section. So if you’re a musician around 25 or younger (or know any musicians around 25 or younger), check out the details in the link. More concerts are in the works. Check out their Facebook page for updates.

Also, just a friendly reminder that when I’m too lazy to write full-fledged entries on the blog, you should visit me on Facebook, too. I usually post something there at least once every couple of days. You don’t need to sign up for Facebook to look at the page. Bookmark that and check it just as often as you check the blog. You’ll get all sorts of little snippets of news there, such as the blow-by-blow of the mini-battle in MinnPost that’s been going on between MOA HR director Esther Saarela and reality – Jon Campbell’s insights on leadership (hint: he followed exactly none of them during the lockout debacle) – and the date of the upcoming Symphony Ball!! (Yes, this is a thing, that exists.) (Yes, the card promoting it was mailed to at least one musician family. Can’t figure out if it’s malice or incompetence on behalf of the MOA.) (Yes, musician supporters really need to have an alternate ball ourselves.) (And yes I’ve already caught myself looking at various dresses, trying to decide what look might be most ironically glamorous while hitting the pavement to protest outside the hall during the event…should it come to that.) (MOA, trust me: you do not want it to come to that.)

And you are checking the musicians’ Facebook page every day, right? Good.

Don’t bother with following the MOA’s. The other day they did yet another sweep-through, deleting all patron wall posts from the time the lockout began to 21 June. And they still won’t respond to anything I or my readers ask, unless they don’t know they’re my readers. But remember…as the MOA’s email blast from a few months ago said: “Your feedback is enormously valuable to us.” …

Tagged as Young Musicians of Minnesota

In light of the great news coming out of Pittsburgh (their orchestra settled their contract A YEAR EARLY!, AND they aren’t facing 30-50% cuts in compensation! yay, Pittsburgh!), I decided a summary of recent contract negotiations at major American orchestras was in order.

The orchestras are listed in order of endowment size (and you’ll definitely notice that toward the bottom of the list, as endowments get smaller, there is more friction and instability at the negotiating table). I focus largely on base salary here, but keep in mind there are many other moving parts to a contract, including working conditions and pensions and all that other fun stuff; however, those are more difficult for an outsider to properly compare and analyze, and I’m not going to write much about them, so go do some homework yourself if you want to learn more about those things.

I also rate each orchestra with my personal opinion as to whether said orchestra recently went through a “market reset” (the Minnesota Orchestral Association’s Orwellian phrase for “foisting massive cuts in compensation onto musicians”).

Endowment figures come from the Minnesota musicians’ website, and are probably a year or two old. If anyone steps forward with comprehensive updated endowment information, I’ll update the list.

END_OF_DOCUMENT_TOKEN_TO_BE_REPLACED

Introducing the Young Musicians of Minnesota

For many centuries, authors have written about the imminent death of orchestral music. The topic takes on a special urgency during economic downturns, labor disputes, and times of societal upheaval. The cause of death varies. Nonetheless, a refrain emerges: young people are apathetic about the loss. 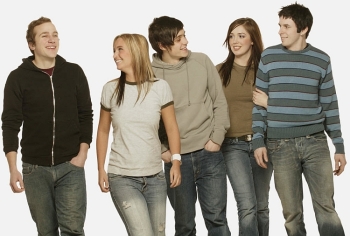 Young people, shown here in their natural state of not caring about orchestral music

The conventional wisdom goes something like this… We attended schools that didn’t offer the musical education our parents received. Most of us listen to a lot of music on a variety of devices rather than listening to it live. We text and Tweet, and therefore don’t have the attention span to devote to Mahler. We can’t remember a time when we could watch performances of orchestral music on the major networks. (Actually, most of us have difficulty imagining a time when the major networks were relevant…) We don’t have the money or the stability to commit to the subscription packages that make up the reliable core of an orchestra’s ticket revenue. We’re not always interested in traditional forms of delivery of orchestral music. We don’t go to as many concerts as we could or probably should.

All those points have a certain validity.

END_OF_DOCUMENT_TOKEN_TO_BE_REPLACED

Tagged as Young Musicians of Minnesota