Well that was quite the year.

In the tradition of years past, here’s a New Year’s summary of what all happened at this address over the past twelve months.

Here are the year’s most popular entries in reverse order. Spoiler alert: it was an Atlantapalooza!

5. Doug Hertz Takes On The Crazy People. 4 October. Woodruff Arts Center board chair Doug Hertz gave the strangest interview of the year to the Atlanta Journal Constitution, where he called his musicians “crazy” and suggested that his music director could help the negotiations with “ideas.”

3. Naked Nymphs and the Atlanta Symphony. 3 October. Arguably the weirdest entry of the year, in which I took a wide-eyed look at the Atlanta Symphony’s bewildering 2014-15 season brochure, which boasted massive naked ladies and lots of strategically flung red scarves.

And the most popular entry…

1. The Atlanta Symphony Facebook Page Loses It. 11 September. It’s not often that you get to watch a major American orchestra throw a temper tantrum on their Facebook page, but 2014 was a truly special year. It also included my favorite reaction GIF of 2014.

I spent a lot of time in the early part of 2014 volunteering for Save Our Symphony Minnesota. (As you can imagine, during the Henson / Osmo showdown and resulting administrative churn, there were a lot of things that community members needed to do to make their voices heard.) Mainly because of all that volunteer work, and also because of some sad losses in my personal life, there were only 41 entries in 2014, as opposed to 97 in 2013, and traffic declined by 36%. In other news, readers visited from 155 countries this year, as opposed to 149 last year.

As for personal favorites…

Favorite Blog: Scott Chamberlain had some great entries at Mask of the Flower Prince. He was extraordinarily prolific this year, and he provided lots of food for thought about the Met Opera negotiations in particular. Scott’s now president of the Minnesota Chorale board, so that’s cool.

Favorite Ousted CEO in the Non-Profit World: Impossible to choose

Favorite Interview: Actually, my only interview…a chat with Emily Green, founder of Young Musicians of Minnesota

And in case you missed it first time around, here’s the 2014 SOTL Advent calendar, which surveys the year and includes 24 wintry-themed music videos. If you haven’t stopped by yet, and you enjoy that kind of shameless nostalgia, be sure to check it out!

2015 will be a crucial year for the Minnesota Orchestra. I hope you’re ready to donate, to support, to brag, and most importantly, to buy tickets! The possibilities are truly endless, but first we all need to step up to the plate together. 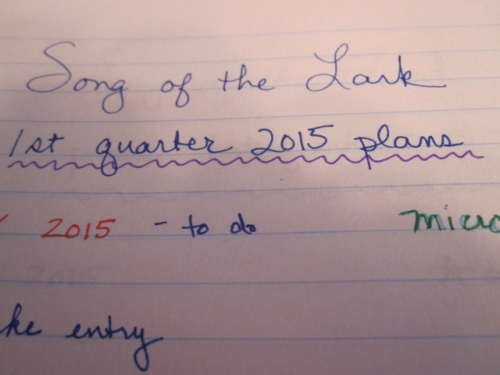 Some doodles I’m working on

A wise man asked me a great question:

Why now? If this problem has been around forever and has even had a name since 1965, why is it suddenly something we absolutely positively have to deal with today?

My answer is that there is now a convergence of challenges (you can call it a perfect storm if you’d like) that make Baumol’s Cost Disease that much more toxic – namely, declining audiences for classical music (see the 2012 Survey of Public Participation in the Arts)…

Let’s start there. I’m guessing that link is a cue to look at the 2012 Survey of Public Participation in the Arts. Here’s the PDF. So let me scroll down and check out what’s said about classical music attendance…

END_OF_DOCUMENT_TOKEN_TO_BE_REPLACED

Filed under The Orchestra Business

Ever since the Minnesota Orchestra lockout began, I’ve read a lot of articles on arts administration. (And from a unique perspective, too: not as a board member or an employee or a union shill, but as a concerned audience member.) Once in a while I’ll disagree with a particular point, debate it with friends, and then tuck the insights away.

But. Last month I read an article that made me say “wait a minute…” so many times, I knew it could be used as bloggy fodder and discussion. It’s called Baumol’s Cost Disease Is Killing Me, and it was written by management consultant Duncan M. Webb. I feel very strongly that post-Minnesota, people who are still talking about Baumol’s Cost Disease in the way that Webb does are doing themselves and the institutions they advise a disservice. So I thought I’d take the chance to think out loud about some of the points he raises…from an audience member’s point of view.

I first read Baumol and Bowen’s The Economic Dilemma of the Performing Arts some 20 years ago, almost 30 years after it was first published in 1965. The theory was fairly straightforward: the problem in our sector is that because there are no productivity gains associated with the creation of the work (it takes the same time and energy to rehearse and perform a Brahm’s Requiem today as it did when first performed in 1868), and because costs always increase over time and earned revenue growth is limited by a range of market forces, we are doomed to fall further and further behind, essentially forcing the more aggressive pursuit of contributed income just to balance the budget. And the problem is progressive, meaning that every year we fall a little bit further behind. This phenomenon has come to be known as Baumol’s Cost Disease.

Let’s start at sentence number two. It takes the same time and energy to rehearse “a Brahm’s Requiem” now as it did in 1868?

END_OF_DOCUMENT_TOKEN_TO_BE_REPLACED

Filed under The Orchestra Business

This week I partnered with the music website Musicovation (their tagline?: “the positive news about music, for a change“) to write a guest-blog entry. For my topic I chose the relationship between amateur and professional musicians: two great tastes that taste great together.

Thursday night rehearsal. I’m in a small room with twenty other string players, members of my local amateur string orchestra. I’m rehearsing a solo of the Piazzolla Oblivion. I shake my wrist out. I’ve got jitters for no reason at all.

Adult amateur musicians are almost universally embarrassed to play in front of other people. An adult who has just come to classical violin (or just returned to it) will invariably apologize for how they sound. Self-deprecating jokes – with an edge of desperation – proliferate. The violinist.com discussion board regularly features entries from adult amateurs asking questions like: I’m the only adult at my teacher’s recital, should I even participate?

I can relate. If I’m ever complimented on my playing, I’ll smile graciously, but in the back of my head I’ll invariably think: honey, go to Minneapolis, watch a program of their Sibelius, and get back to me on how good you think I am.

So I threw another together this year, just because it’s fun. Every day from now until December 24, a new entry will be posted at the calendar. This year features a variety of my favorite wintry musical selections (some of which were chosen by readers!), as well as various memories from the past year. A new entry goes up every morning at 6AM. I hope you enjoy the pieces and maybe find a performance or two that is new to you. So be sure to bookmark the calendar and keep coming back throughout December: sotladventcalendar.tumblr.com.

My attempt to make the most annoying holiday SOTL Blingee ever. Animated Christmas cats, guys! AWW!

And since I’m using the same Tumblr account that I used last year, you can even scroll back to read 2013’s calendar. Can you CONTAIN your EXCITEMENT?

Also one more tip: the Minnesota Orchestra has a Cyber Monday sale going, and most 2015 tickets are 50% off, so you might want to check that out. Even if you have all the seats you need for this season, tickets are a great gift idea.

If the thought of the holidays or holiday music makes you want to strangle kittens, stay tuned, because there’s a lot more non-holiday content coming. I actually think this December might be my content-heaviest month of 2o14… Right now I’m sitting on a whole clutch of rough drafts.

who is apparently an elf now

Tagged as Advent calendars!, me probably making a fool of myself