I’ve been quiet lately, but not by choice. A month ago my grandfather fell and broke his hip. Two weeks ago, on his sixty-fourth wedding anniversary, he died. Our family is small; the loss is large. For the next little while I might prefer silence to writing on topics that seem – temporarily – so inconsequential.

He was born in 1922, a baby in the glittering summer of Gatsby. Sibelius was working on his sixth symphony; Ravel, his Pictures orchestration. His young mother had only recently earned the right to vote. These happenings feel dusty and old, events from another epoch. The fact that my grandfather’s timeline intersected theirs leaves me astonished. I’m not sure if that astonishment means I’ve mis-judged the distance of time, or if he out-lived his own age. Probably both. 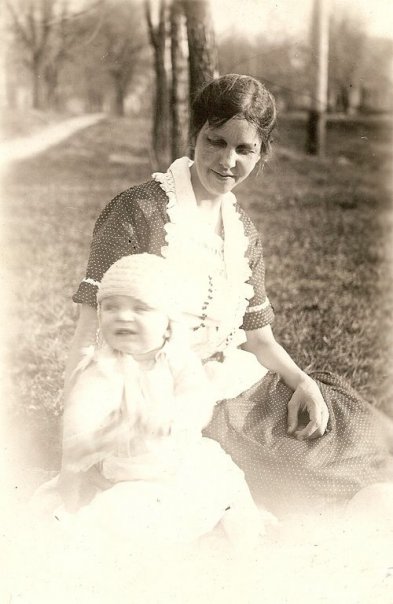 As a young man – younger than me – he risked his life in the battlefields of Europe in the greatest war the world has ever known. Earlier this year he was awarded the French Legion of Honor for his service. He received the medal with characteristic modesty and an intensely quiet pleasure. As the nearest grandchild, I was asked to type the application letter. Our respective accomplishments as twentysomethings were jarring: one freed Europe from Hitler, the other…typed quickly. As I was preparing the application I copied a yellowed military paper. In unemotional typewritten font I caught a glimpse of what he had been compelled to do. I pretended I hadn’t and saved my crying for later. Because of what was on that paper, the barefaced horror of works by men like Messiaen and Shostakovich will always echo loudly in my heart.

And yet – he hated music by men like Messiaen and Shostakovich. He considered Brahms avant-garde. It is mainly because of him that I’ve questioned the idea that orchestral music belongs most naturally to members of his generation. In my family, the older you are, the less likely it is that symphonic music speaks to you.

Which isn’t to say my grandfather didn’t love music. He did. His radio was always on, usually playing something from the early classical era – or a polka. He supported my mother’s musical studies and she in turn supported mine. He spoke admiringly of the work of composers like Bach and Beethoven, who composed their millions of notes by hand and by candlelight. But his affection for music was restricted to pieces that were pleasant and beautiful: pieces that made him happy. Composers who sought to come to terms with the horror of his war, he had no interest in knowing. Upon reflection, this is understandable.

Among other things, my grandfather was a teacher and a counselor. In more ways than one, he had a teacher’s voice. Between the two of them, my grandfather and his teacher wife earned a fistful of college degrees. They encouraged the values most beloved by teachers: curiosity, discipline, hard work. When I was in school, every conversation began with: “What are you learning?” After I graduated, every conversation began with: “What are you reading?” More often than not he could discourse easily on whatever arcane subject I would answer with. On the rare occasion he was unfamiliar with the topic at hand, he would begin a round of incessant questioning, even when his doing so irritated or embarrassed those around him. Until the day he fell, he surfed the Internet, reading, researching, scribbling down URLs in unreadable longhand cursive. He made it very clear to me that I was never to take this miracle technology for granted. I’ve tried not to. I’ve often hoped I will always approach the Internet with the same sense of childlike wonder that he did. “If we had had this during the war…” he said, many times.

And yet I think he fully appreciated the irony that he was using such magical technology to forward Ole and Lena jokes to his friends. His greatest legacy was his delight in absurdity, his love of laughter.

One of his favorite activities was looking up names online. Occasionally he’d look up mine, and visit the blog. He was always impressed by the quality of the men and women I met in music, and doubly so during the Minnesota Orchestra lockout. Over the last two years, the question “What are you reading?” was gradually supplanted by “What’s happening with The Orchestra?” He never heard The Orchestra, but The Orchestra was important to him because it was important to me. He was actually one of the handful of people who knew my vaguely forming plans for the future of the blog; in fact, that was the subject of one of the last conversations he ever had. We never discussed it explicitly, but I think he could see that over the past two years I’ve found a voice, and that I’ve found something I love to do, and that I’m good at doing: that, one way or another, I will be taken care of. It’s a great gift to be able to share that knowledge with someone who has supported you, who has instilled the values that will serve you well on your own journey.

My violin turns ten years old this week. My grandparents bought it at considerable personal sacrifice to them. It is a tangible symbol of the values they’ve encouraged: curiosity, discipline, hard work – both in the artistry it took for its maker to construct it, and in the small ability I’ve nurtured to be able to play it. Every evening as I practice I meditate, consciously or unconsciously, on my rich inheritance. Perhaps now the ease with which the violin speaks will remind me of the ease of his laughter; the dark lower strings, the tragedies that came so close to breaking him; and the silvery E-string, the faith he had in me until the day he died.

Some words from Cymbeline:

Fear no more the heat o’ th’ sun
Nor the furious winter’s rages;
Thou thy worldly task hast done,
Home art gone and ta’en thy wages…

Fear no more the frown o’ th’ great;
Thou art past the tyrant’s stroke.
Care no more to clothe and eat;
To thee the reed is as the oak.
The sceptre, learning, physic, must
All follow this and come to dust…

Nothing ill come near thee.
Quiet consummation have,
And renowned be thy grave.