What Ever Happened to Michael Henson?

“What ever happened to Michael Henson?”

I’ve been asked this question countless times. I’ve been asked this question loudly, quietly, surreptitiously, obviously, outside of concert halls, inside of concert halls, in moving cars, in non-moving cars, and, most recently, in the lobby of the Madison Concourse Hotel in Madison, Wisconsin, during a personal vacation that was not Minnesota Orchestra related whatsoever.

I’ve always been vague because I didn’t know the answer ( “um, consulting work…I guess”). (And the Pulitzer for best investigative blogging goes to…) But as long as I’m happy with the direction in which the Minnesota Orchestra is going, and I am, I don’t really care what its former leader is up to. Yes, the question of his whereabouts is interesting to think about in the abstract, but any answer you might uncover has little practical use. If bread is square, why is sandwich meat round? That’s an interesting question, too. But it only does you so much good to think about it.

That said, some new intelligence recently landed in my lap in the form of Michael Henson’s LinkedIn profile. 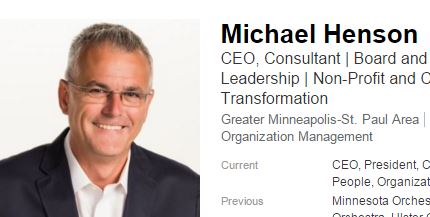 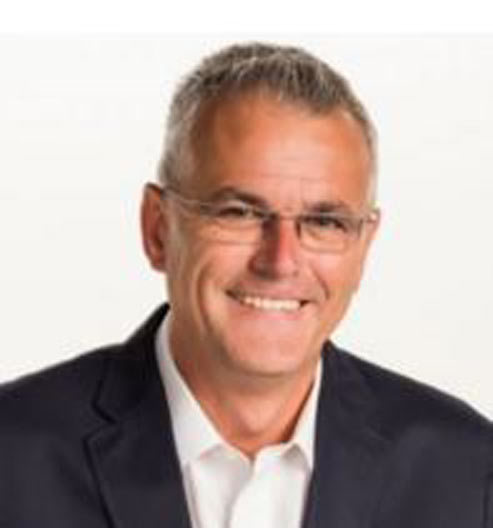 My first reaction: “Is this real?”

My second reaction: “Is this real?”

My third reaction: “Oh my God, this is real!” 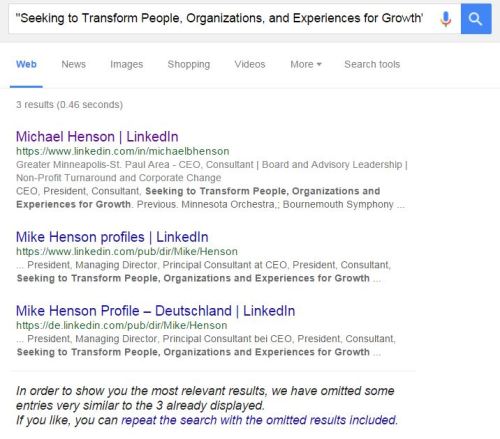 So that’s…a thing. Or not. Or whatever.

I’m sure you’re all curious what comes next in his profile, while simultaneously pretending to not be curious and not care.

Well, the profile summary starts with the tagline:

my reaction to this in gif form

I am known for moving people, teams and organizations beyond comfort zones,

and achieving results that were thought impossible.

I am interested in leading an organization that is open to embracing evolving change in a culture of trust, integrity and fun.

Yes, the name “Michael Henson” and the word “fun” are pretty much synonymous. There were so many fun moments during the Henson tenure, especially the latter part of it, it’s impossible to choose a favorite! There was that one time when three former music directors wrote an editorial in the Star Tribune in which they said “an orchestra does not easily recover from such drastic cuts, if ever.” That was fun. All of the legislative hearings investigating the Minnesota Orchestra were fun. I would say that the Sibelius 2&5 concert put on by major donor Judy Dayton and Mayor Rybak at the Convention Center was fun, but Michael Henson opted not to go to that, so maybe strictly speaking that wasn’t Henson-induced fun. Michael Henson’s huge bonuses were fun. Oh yeah and I also remember lying in bed sick with a cold in early October 2013, curled up in my mother’s arms, sobbing with a migraine and listening to the Minnesota Public Radio broadcast of Osmo’s farewell concert. I remember saying over and over again: How could they?, my face red with fever and indignation and near delirium from the sheer fun of it all.

I mean, Osmo’s voice was shaking with all the fun he was having!

Complex and challenging doesn’t bother me – static does.

I am known as:

Um. Well. Actually, strictly speaking, this is true. He is unconventional, and he is visionary. I certainly never imagined a year-plus lockout at a major American orchestra. In that way, Michael Henson’s leadership skills expanded my ideas of the possible. 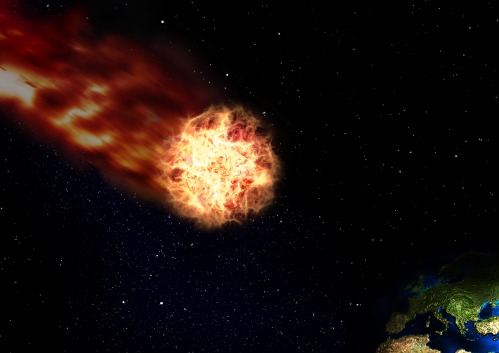 My reaction to this in gif form.

Okay, that’s it; I’m not even gonna try any more. Emily out. In case you want to read it, here’s the rest of his profile’s summary.

A STRATEGIC CATALYST of SUSTAINABLE CHANGE… who leads people and organizations with relentless integrity
♦ Pragmatic and thoughtful in analyzing a situation and making difficult decisions for lasting positive impact
♦ Courageous and tenacious in doing what needs to be done and saying what people need to hear
♦ Inspires and motivates others to engage and resist the status quo, while building a culture that values people and encourages calculated risk for the greater good

I BELIEVE… that excellence is only achieved when we overcome mediocrity. Repeating the past never secures the future. I believe in making new mistakes, not repeating old ones.

OK, so, trust me. I know exactly what you’re thinking:

So I took the liberty of whipping up three versions on www.quozio.com, the free website that “turns meaningful words into beautiful images in seconds”! 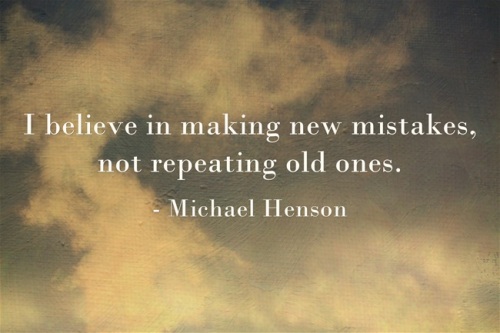 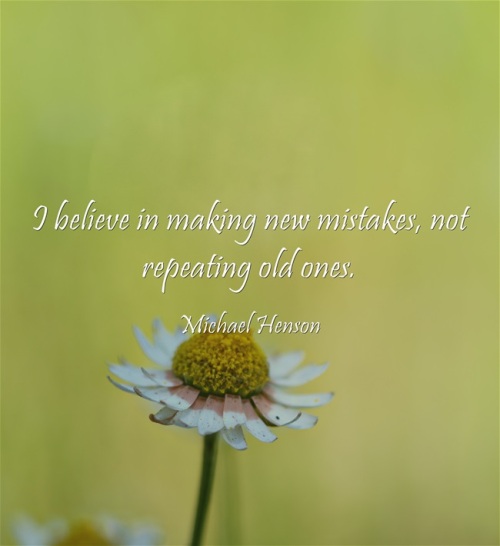 And then I chose my favorite, framed it, and brought it out into my back garden to take a picture of myself staring soulfully into the camera with it, thereby implicitly endorsing this bold new view of nonprofit management. #MakeNewMistakes 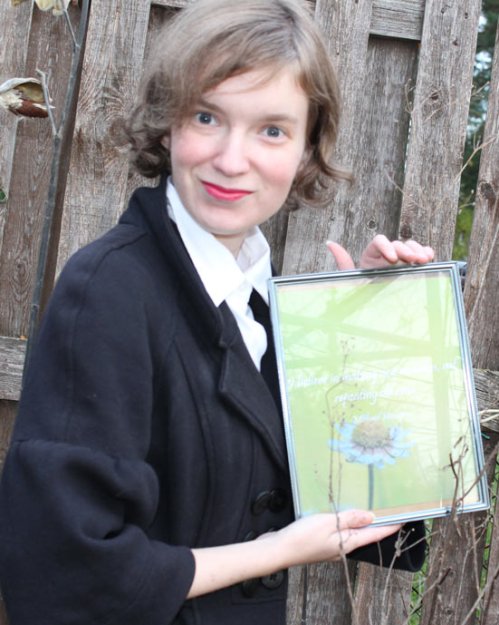 So, um, in conclusion…the next time someone asks you where Michael Henson is, reassure them that he is rested, tanned, and seeking work. In the immortal words of not Abraham Lincoln:

16 responses to “What Ever Happened to Michael Henson?”