Today I found out I’ll need to do a lot of re-formatting on this blog, because the link to the oft-cited “Aiming High: Michael Henson Profile” from the July 2010 Gig Magazine has officially broken.

But unfortunately for both Michael Henson and Kim Kardashian, once something is published on the Internet, it never really goes away.

So we still have this cached version… (Edit 10/29: The cache has vanished. So here are the screenshots…)

But we still have this screenshot JPG version (and a PNG version and a GIF version). And also an HTML version. And also a text version. And an RTF version, and a PDF version. And multiple other versions in multiple other formats. Which I won’t share here because that would be overkill and a possible infringement of copyright. But I have them, and I have them all. Stored in multiple places. On multiple computers. And on a flash drive, which I keep tucked in secret pocket in my purse. And all those copies say the exact same thing they said a couple days ago, a couple weeks ago, a couple months ago, and a couple years ago:

The former Bournemouth Symphony head is strategising his way through the recession – and winning.

There’s no single strategy to beating the downturn,’ Michael Henson asserts. ‘There has to be a whole series of strategies to maintain a focused approach. The priority is continuing the excellence in the artistic work.’ With orchestras across the US hard hit by the recession – and management strategies the number-one talking point at the League of American Orchestras’ conference in June – the Minnesota Orchestra stands out as a beacon institution among the bad news…

It’s quite a remarkable article.

Look at how this one article – and nothing else – was excised so neatly, so carefully, so fastidiously, from the main Tour Press page.

There were 43 articles featured on the Orchestra’s 2010 tour website. As of today, 42 remain. The only one that’s been removed? The Michael Henson one. Do you think that’s coincidence? If the entire tour website had been taken down – or multiple articles had been removed – then maybe it could have been coincidence. Maybe. But just that single article? The one article that has come under very public scrutiny over the last couple of weeks? The one article that so obviously risks undermining the credibility of management’s entire message? Hmm.

Taking down this article does nothing, and whoever thought it would should not be in charge of a major orchestra’s website. Anything online is permanent. Period. Even though I may well be making a fool of myself, I’ll never try deleting any of my words here…because I’m tech-savvy enough to know that such a thing is pretty much darn near impossible…especially if someone has good reason to try to use my words against me in future. That’s simultaneously one of the prime glories of the Internet, and one of the prime dangers: despite its seemingly ephemeral nature, it is ridiculously permanent.

The sudden excision becomes even lamer when you look at the comments here. One of my readers actually said on October 3:

I suggest you get ahold of that article on the mnorch website about Michael Henson and post the text directly onto your blog. and keep another record of it somewhere. If this whole fiasco is as conspiracy-esque as we think it could be, management might start hiding more things before real info comes out. It might just be a good idea to have that article handy in case…

I honestly didn’t think it would come to that, but… I’m glad I followed this paranoid bit of advice, that really wasn’t so paranoid after all.

This is feeling more and more like a John Le Carré novel, and it’s kind of ridiculous. We’re in the middle of an orchestra lockout, for Pete’s sake; not the frigging Cold War.

“You’ll have to assume they’re watching you… Things aren’t always what they seem!”

All this deletion does is remind the public that Michael Henson has not explained the discrepancies between his 2010 words and his 2012 words. It also gives some very potent ammunition to those who believe that management is totally, wildly, veering-on-hilariously inept…and is secretly (very very very secretly) humiliated by it. If management didn’t think Michael Henson’s words could be used to successfully undermine their arguments…then why bother deleting them now?

(Or should I say, trying to delete them?)

It makes a person wonder:

Is someone starting to feel the heat? 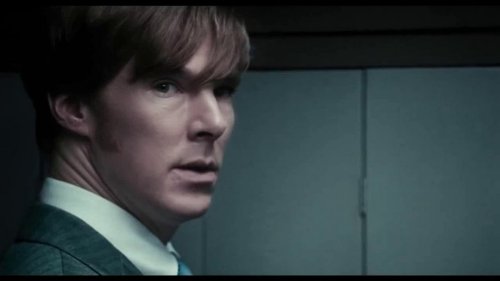 There are few things more satisfying than shoehorning a dramatic, totally irrelevant picture of Benedict Cumberbatch into your music blog.