Pianist, composer, author, and pedagogue Marie Jaëll’s last words were “I still have so much to do!” Although she had spent a lifetime vigorously, obsessively studying music, she was somehow convinced it hadn’t been enough. 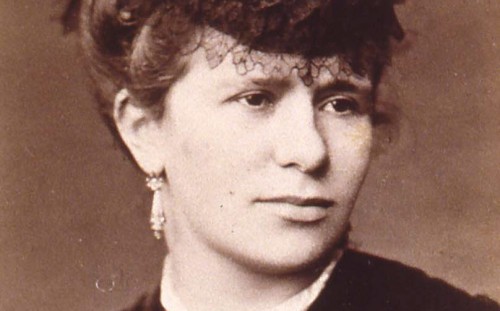 Marie Jaëll was born Marie Trautmann on August 17, 1846, in the tiny town of Steinseltz in Alsace. Marie loved the countryside, and she especially loved the sounds she heard there. She was transfixed by birdsong, leaves rustling in the breeze, brooks babbling, thunder rumbling, church bells pealing. When she heard a piano for the first time, at the age of six, she became obsessed. She convinced her parents to allow her to take lessons. Luckily they were supportive (interestingly, her mother assumed the role of manager and promoter), and soon she was concertizing across Germany and Switzerland.

By the age of seven, she was taking lessons from Ignaz Moscheles, who had also taught Mendelssohn. By ten, she was a pupil of Henri Herz, who was a professor at the Paris Conservatoire. In 1862, the year she turned sixteen, she entered the Conservatoire proper. After a mere four months, she won the First Prize of Piano. Her playing at this time was especially noted for its passion; she played like a woman possessed. One critic from Nuremberg wrote:

She vibrates with enthusiasm for her art. She forgets all her surroundings. She plays only because she is driven by an inner force… Marie Trautmann sweeps us over and stirs us up.

END_OF_DOCUMENT_TOKEN_TO_BE_REPLACED

Tagged as How the f*ck did I not know this woman?, Marie Jaell