Emma Abbott was perhaps the closest thing that nineteenth-century America had to an operatic superhero. Her biography boasts an O. Henry-esque rags-to-riches trajectory. She ran her own grand opera company alongside her beloved husband, spending the modern equivalent of millions of dollars per season on costumes alone. She knew how to fence, how to row, how to ride horses, and even how to drum. She visited the poor, the sick, the hospitalized, and the imprisoned. She also reportedly saved two people from dying: one a girl who fell through thin ice while skating, the other a woman struggling while swimming.

And yet despite her dazzling accomplishments both professional and personal, Emma Abbott remains an enigma. Critics often derided her work or her approach to the art. Little modern research has been done on her. And yet her persistence and her personality altered the American operatic scene forever. 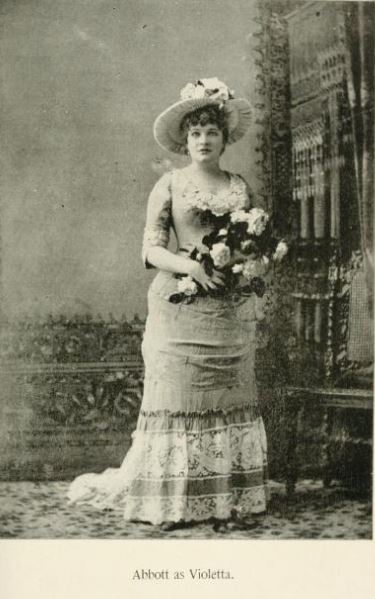