If you spend any time in the online orchestra world, you’ve probably seen the Baltimore Symphony Orchestra’s infographic about American orchestras’ 2014/15 seasons. A few days ago, the BSO released figures tracking the 15/16 season, and this year, the data net has been cast even wider. Writer Ricky O’Bannon describes the methodology:

This season we collected programming data for both major American symphonies as well as smaller regional orchestras — 89 in total — to give a more holistic view of symphonic repertoire in the United States.

My thoughts after reading that:

Oh, cool! With so many more orchestras included in the data-gathering this year, surely the proportion of living and historic women composers has skyrocketed, or at least inched upward gradually!

And then there’s this little asterisk at the bottom of the graph. 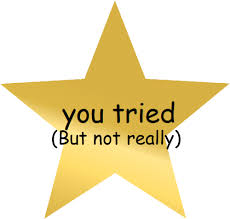 And hell, it’s not like I’m asking every orchestra to throw an annual month-long Vagina Festival. It just would have been nice to see one orchestra play one work by one woman at one point. I thought that someone, somewhere, would throw us a pity Gaelic Symphony or Farrenc third or Clara Schumann concerto. But, nope.

Anyway. I would love to offer probing analysis. But it’s pretty f***ing hard to analyze the number zero.

Tagged as echo chamber, society can be really weird sometimes, women composers, wow a blog post with under 1000 words

25 responses to “Dead Women Are Dead To American Orchestras”