Hey, remember my article on ratios between endowment size and base salary? The MOA has acknowledged its conclusions!

The MOA recently sent out an email poetically entitled “What does it take to balance the scales?” 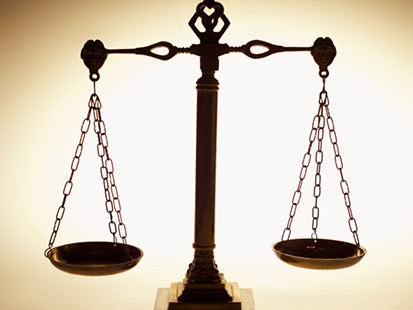 The vivid imagery of the subject line makes me want to write a haiku! “What does it take to / balance the MOA scales / sustain’bility”

The email is just the MOA’s latest attempt to bring the public round to their point of view. (Alas, the PR firm they’re paying $50,000 a year to has to earn its keep somehow.) If you’re a musician supporter and have blood pressure problems, just ignore it; it’s chockablock with misleading facts and figures, contains nothing new, and in general is just not worth your bitter impotent rage. I could address it point by point, and maybe eventually I will, but honestly I’m only one woman, I’m sick, and I’ve got better crap to do. If you have any specific questions about any of the claims, feel free to ask, and I’ll happily answer.

The Minnesota Orchestra posted a $6 million deficit in Fiscal 2012. Until we wrestle our expenses and revenues into alignment, our organization will face mounting deficits each year, which will quickly deplete our endowment. Fully 80 percent of our budget is spent on musicians and concert-related costs. Musicians’ salary and benefits are responsible for 48 percent of Orchestra expenses.

Here are our options to resolve the deficit:

This could eliminate our deficit only if everyone now buying tickets was willing to pay twice as much. We don’t believe it is achievable, nor is it fair to our audiences to offer tickets ranging from $40 to $200 per person, per concert.

Our community already donates more to the Minnesota Orchestra than any other performing arts organization in Minnesota. Nevertheless, we have launched a fundraising feasibility study to determine whether sustainable new funding exists in the community for our Orchestra.

Increase our endowment by $120 million

To maintain musician compensation at current levels via a responsible draw rate, the MOA endowment—funds donated for long-term stability, not temporary needs—would require an immediate infusion of $120 million. As context, since 2005 we have raised $24 million toward a goal of $30 million for the endowment.

Our approach to resolving our deficit is to increase income realistically via tickets, donations and investments—and to make significant decreases in expenses. We have already cut expenses in every corner of the Minnesota Orchestra—including laying off 20 percent of our staff and cutting staff salaries and benefits. Now we are asking our musicians to participate.

Take a look at point number three. The MOA says they would need “an immediate infusion” of $120 million into the endowment to be able to sustain a $111,000 base salary. I believe I was the first to raise this general issue publicly, back in my titillatingly titled “Some Dorky Musings on Endowment Sizes and Base Salaries.” If you haven’t read that yet, you should.

But the thing is, nobody else besides Boston uses this ratio. Or anything remotely close to it. Here’s an updated chart…

Boston is an outlier, but their endowment is nearly $400 million. (Their contract also calls for fifteen-plus more musicians than Henson’s does, so there’s that, too.)

If we followed something a ratio closer to other orchestras, like 1200, the MOA would only need $133 million to support a $111,000 base salary. And the MOA has that.

I call upon Mr. Henson to show me an American orchestra that he thinks is sustainable, and explain why, in detail. Who should we be modeling ourselves after financially? Is there anyone? Despite the positive references to Detroit in the MOA minutes, Mr. Henson sure as crap isn’t following their fiscal lead; their endowment is only $30 million, as opposed to Minnesota’s $150 million plus, and yet Mr. Henson envisions both orchestras having roughly the same base salary. What resources does Detroit have in place that Minneapolis doesn’t?

In short: why should Minnesota follow such an extreme ratio? And if this ratio is truly necessary, then how are other orchestras surviving? Maybe there’s a good reason, but I haven’t heard it yet.

Teach me, MOA. Explain where I went wrong. Expose me as the dumb ill-informed senseless woman you think I am. I’m doing this all for free, and spending hours of my valuable time on this, for the sole reason that I love orchestral music and I care about this orchestra. The least you can do for a loyal patron who cares is to knife her arguments to pieces, even under a pseudonym. Stun me with your intellectual prowess, Michael Henson. Nobody – absolutely nobody – is stopping you.

Tagged as TALK TO ME

5 responses to “Balancing the Scales”